We here at New Rivers Press are proud to announce our American Fiction 17 authors! This edition will be a short story anthology featuring 19 new or emerging authors, and we are very excited to bring you both the lineup of this publication and some information about our authors! 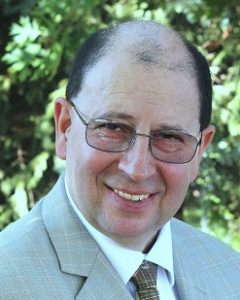 David Fuks lives and writes in Portland, Oregon, where he also works as an actor. The son of Holocaust survivors, he received degrees in both English Literature and Social Work from the University of Michigan. As a writer of both humorous and poignant stories, David is often asked to read his work at public gatherings. He was a member of the successful improvisational comedy group, “Waggie and Friends”. David benefits from constant correction by his wife, DeAnn.

The second place winner of edition 17 is “Catalina” by Charles Duffie. 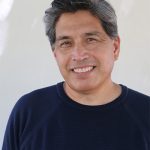 In third place is “Barn Find”, the debut of author Matthew Fitch. 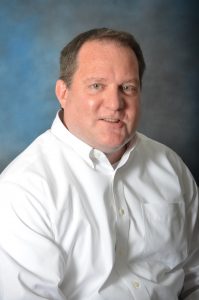 Matthew Fitch is an attorney living and working in Hartford, Connecticut. ‘Barn Find’ is his first publication.

“The Owls of El Centro” by William Burtch 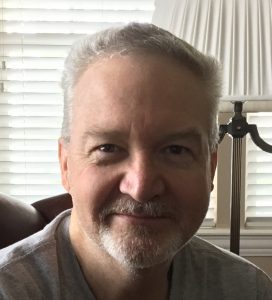 William Burtch is a former investment professional. In his sixth decade he awakened a compulsion to write. His single-panel comic collaborations have appeared in national outdoor periodicals. From his wife he receives boundless inspiration and perspective as she defeats an insidious adversary, ovarian cancer. He holds an MBA from Miami University of Ohio and is a member of the Ohio Writers’ Association. 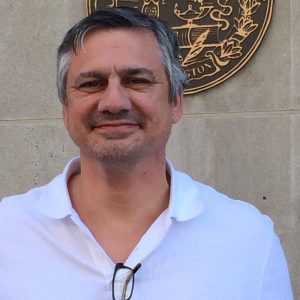 Dave DeFusco has published short stories in BLYNKT, Drunk Monkeys, Halfway Down the Stairs and Literary Heist. He spent thirty years in various roles promoting universities: American, Fairfield, and Yale. He’s putting together a collection of short stories and is in revision on a novel. He has three grown children and lives a quiet life in Connecticut. 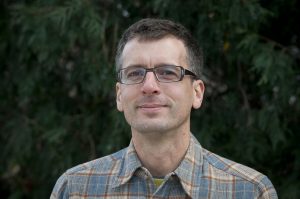 C.A.Demi is a writer currently living in Providence. He received a 2016 Fellowship Award in Fiction by the Rhode Island State Council on the Arts. In addition to short fiction, which has appeared in ‘Missing Providence; A Frequency Anthology’ and ‘Meat for Tea; The Valley Review’, Craig is at work on a novel set in the forests and steel and coal towns of his native Pennsylvania. 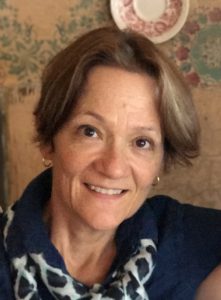 Kathleene Donahoo’s fiction has appeared in many journals, including Bellevue Literary Review, Carolina Quarterly, Connecticut Review, and North American Review. She has a PhD in Economics from Yale, worked at the Federal Reserve Bank of New York, and now lives with her husband in the Bay Area.

“The Shabbos Goy” by Kathleen Ford 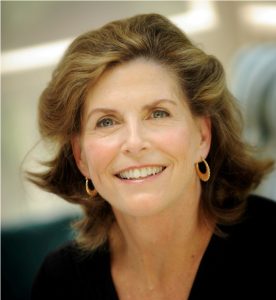 Kathleen Ford has published more than fifty stories in both commercial magazines, including Redbook, Ladies Home Journal, and Yankee, and literary quarterlies, including Antioch, Sewanee, Southern Review, and North American Review. “Man on the Run,” a story first printed in The New England Review, was published in BEST AMERICAN MYSTERY STORIES, 1912. Kathleen’s first novel was published by St. Martin’s Press and she received a Christopher Isherwood Fellowship and a Hackney Literary Prize. 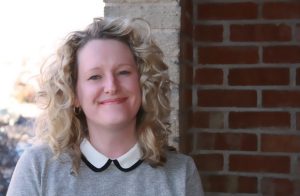 L.A. Harris was born and raised in the Appalachian mountains of Southwest Virginia with detours since through Durham, North Carolina, and Baltimore, Maryland. She currently lives and writes in Denver, Colorado, and is finishing a first novel. 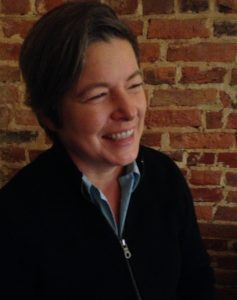 Jennifer Lee is a graduate of the Johns Hopkins MA Writing Program and an editor at the Baltimore Review.  Her wo rk has appeared in Painted Bride Quarterly, Phoebe, the Bellevue Literary Review, The Greensboro Review, Monkeybicycle, and elsewhere. Her work has won the Maryland Writers’ Association short fiction prize and has been nominated for a Pushcart Award. She is currently hard at work on a looming science fiction project, among other things. She lives in Baltimore, Maryland, where she teaches middle school math and pursues her interests. 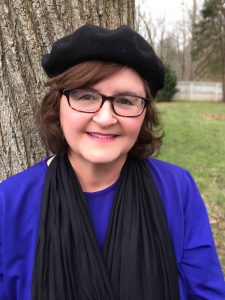 Ramona DeFelice Long writes short fiction, creative non-fiction, memoir, and personal essays about women, family and culture, and the foibles and quirks of everyday life. Her work has appeared in numerous literary and regional publications, and she is happiest on retreat, at a residency, or sharing stories at open mics. She is a transplanted Southerner living in Delaware.

“Lies We Tell” by Kieran McBride 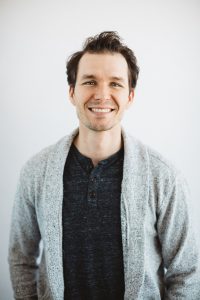 Kieran McBride goes by ’kaɪ-rən, though this pronunciation is technically incorrect. He writes stories about deceased girlfriends, mafia fathers, talking islands, dystopian penguins, and soccer. He was born and raised in Lawrence, Kansas, graduating from the University of Kansas with a degree in Creative Writing. He currently resides in Kansas City with his wife and son.

“Afternoon of the Hero” by Claire Noonan 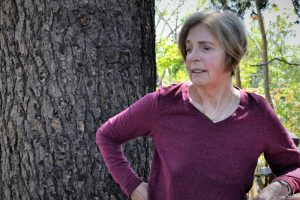 Ms. Noonan has consulted since 1985 for the Bay Area Writing Project; published short stories: “The Locavore’s Tale”- Spring 2012, The Writing Disorder and “The Laundromat Friend”- October 2017, 34th PARALLEL MAGAZINE; and writes non-fiction posts for the education blog takecareschools.com. See www.cjnoonan.com about her novel The House on Harrigan’s Hill by C.J. Noonan, Sea-Hill Press, April 2011. BA from UC, Berkeley, and MA from Teacher’s College, Columbia University, she was an elementary teacher. 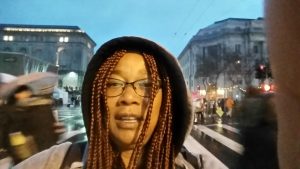 Christl Perkins is a writer currently living in Oakland, CA. As a travel journalist in the 1990s, she published numerous articles (under her real name as well as pseudonyms) in Beijing Scene, City Weekend, Metro, and That’s Shanghai. In the China market, she concentrated on Chinese arts, culture, entertainment, as well as business and economics. She has compiled, edited, and written travel and business guides including the Beijing Scene Guidebook and the Naga China Business Guide.

“The Way to Baghdad” by Nektaria Petrou 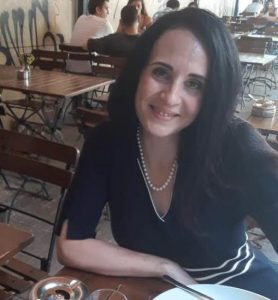 Nektaria Petrou’s work has appeared in The Huffington Post, Al-Monitor, Daily Sabah, Mashallah News, Panoply, East of the Web, Sixfold, The Shanghai Literary Review, and Eclectica.  Petrou received honorable mentions in Ruminate‘s 2015 Short Fiction Contest and Glimmertrain’s New Writer Contest (May/June 2017). She recently completed a novel about the Greeks of Istanbul, where she lives and works. 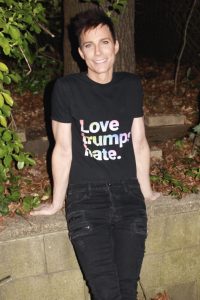 Jeremy Schnotala just finished his MFA in creative writing at Western Michigan University. He lives with his husband in Grand Rapids, MI where he has taught English and creative writing and directed theater in the public schools for twenty-four years. He was the 2018 winner of both the Saints and Sinners Literary Festival fiction contest and The Tishman Review’s Tillie Olsen short story award. Other recent work can be seen in Temenos Literary Journal, Beecher’s Magazine, and Chagrin River Review. Check out his website at schnotala.com for more information.

“Three Figures of Near Silence” by Darci Schummer 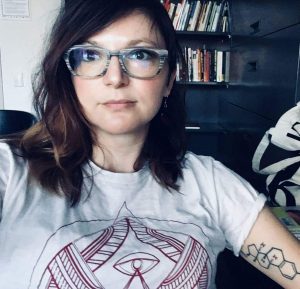 Darci Schummer is the author of the story collection Six Months in the Midwest (Unsolicited Press), and the novel The Ballad of Two Sisters , which is forthcoming from Expat Press. Her fiction and poetry have appeared in Necessary Fiction , Midwestern Gothic , Compose Journal , and Synaesthesia Magazine , among other places. She teaches writing at Fond du Lac Tribal and Community College and serves as editor for the College’s literary and arts journal, The Thunderbird Review . 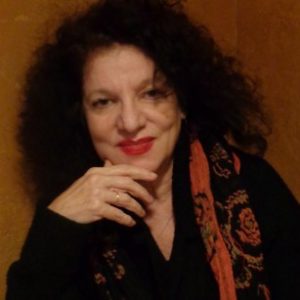 Rosanna Staffa is published by The Sun and Tampa Review among others. Her work appears in New Rivers Press’ American Fiction Anthology, The Best New and Unpublished Writers Vol. 15. She was selected for the Masters Review Anthology Prize, Vol. VII. Her plays have been staged in Tokyo, New York, Los Angeles, Seattle and Minneapolis. She has been awarded fellowships by the McKnight and Jerome Foundation, and an AT/T On Stage grant.

“Between My Ribs” by Riba Taylor 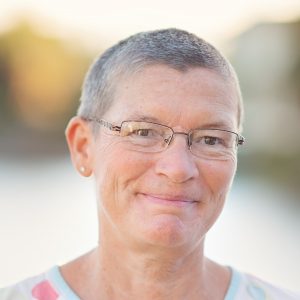 Through twenty years of writing I’ve often let my teaching work gobble up my time. I’m changing that now, finishing a memoir and a novel. I found out my story was a finalist on the first of five days I’d devoted to my writing, and I’m certain this gift came because I turned toward my writing in this way, my “attagirl” from the universe. I’m grateful and honored and delighted it is New Rivers Press.

A special thank you to Colin Fleming, who judged submissions for this edition of American Fiction. 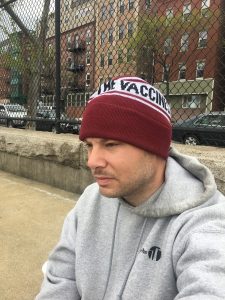 Colin Fleming’s short fiction has appeared in Harper’s, Commentary, AGNI, Post Road, Glimmer Train, Post Road, Cincinnati Review, and Boulevard. He is widely published expert on art, literature, sports, music, and film, the preeminent Beatles authority, and a leading writer of op-eds, with his nonfiction appearing in Rolling Stone, Slate, Salon, The Washington Post, The New York Times, The Wall Street Journal, The Atlantic, USA Today, The Guardian, Sports Illustrated, and many other publications. He is a regular guest on numerous radio programs and podcasts, a long-time NPR contributor, and the author of Dark March: Stories for When the Rest of the World is Asleep, Between Cloud and Horizon: A Relationship Casebook in Stories, and The Anglerfish Comedy Troupe: Stories from the Abyss. His next book, coming in spring 2019, is Buried on the Beaches: Cape Stories for Hooked Hearts and Driftwood Souls, to be followed by a volume looking at the 1951 film Scrooge as the ultimate horror movie. Find him on the web at colinfleminglit.com, where there are hundreds of examples of his writing, and the accompanying Many Moments More blog, which documents the day in, day out life of an artist.

Thanks so much to everyone who submitted entries for this edition of American Fiction! Keep your eyes and ears open for the release.