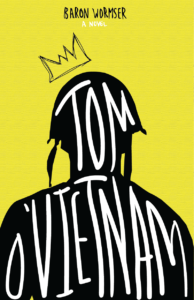 Coming November 1, 2017 from Jane Medved: a spirit-filled collection of poems that moves seamlessly from the “smell of bones” to the firmament of the heavens. 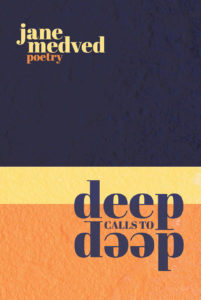 Jane Medved is the author of the poetry chapbook Olam, Shana, Nefish (Finishing Line Press, 2014). Her poems have appeared in such journals as Mudlark, Cimarron Review, Spoon River Poetry Review, and New American Writing. She is a graduate of the Shaindy Rudolph Graduate Program in Creative Writing at Bar Ilan University and the poetry editor of The Ilanot Review. A native of Chicago, Illinois, she has lived for the last twenty-five years in Jerusalem, Israel, where she currently teaches poetry at the WriteSpace Jerusalem studio.

Emily Zaharia is a third-year graphic design student with minors in Studio Art and Advertising. She aspires to be a graphic designer at an ad agency when she graduates.

PRAISE for Deep Calls to Deep

“Jane Medved’s Deep Calls to Deep is a dazzling, kaleidoscopic exploration of the many ways that history—both global and personal—impacts our lives. We are immersed in Medved’s astonishing universes, peopled by Cleopatra, Herod, and magical, warrior women who birth language and carry the burden of lost children. Marked by war and loss, these poems are also reverent, beautiful, and defiant: a woman buried in honey for seven years continues to haunt her husband. A mother mourns her child at a graveyard where ‘boys blossom, box after box.’ With great agility and skill, Medved crafts ghazals, sonnets, and free verse poems that rouse us with sonic pleasures. ‘You are flammable,’ the author reminds us, and indeed, in Medved’s poetry, we are.”

Once I tried to bake bread in the dirt. It hurt
my knees and the old women laughed.

They pointed to the lights across the Dead Sea
and said Go beg like Moses, if you love God so much.

Their prayers were as light as saddle bells.
They made hot water gush from the rocks.

But Moses got his own church, a whole valley
of haze and everything else that was promised.

In the end he covered his face and split
himself into words. A few of them are still lying

on the ground. I pick them up and carry them
across the Jordan in my mouth. They knock

against my teeth and try to get out. They want
to go home. So I sing to them about the walls

of Jericho falling while the gates are held up
by tiny bones. I say Don’t worry,

you won’t be buried like that. I will wash you
with my tongue. I will give you back your names.

I will place you on a clean white page
where things that never happened can be true.