We have a fresh new batch of interns coming on board this spring. They will be joining the team assembled last fall, sans Rachael, who has graduated and moved onto the big wide open world.

Despite the program only being about 4 years old, each of our new interns is pursing a degree in English with a Publishing Emphasis. There also seem to be some pet lovers among the bunch!

Let’s get to know our new recruits!

. . . is a senior at MSUM majoring in English with an Emphasis in Publishing. She hopes to work as an editor at a major publishing company after graduation. This is her first semester interning at New Rivers Press and is very excited to get more hands-on experience. Ashley is very passionate (not obsessed!) with Taylor Swift, cats, and reading. In her free time, you can find her on Twitter, watching New Girl for the fifth time, or forcing cuddle time with her cat. 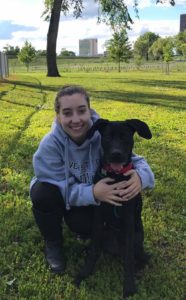 . . . is a senior at MSUM seeking a degree in English with an Emphasis in Publishing and a Writing Minor. She grew up reading everything she could get her hands on and always knew she had a passion for books. When she is not working or interning for New Rivers Press, she is spending her time playing with her dog (AKA the cutest dog on the planet), cheering on the Minnesota Vikings, or enduring the excruciatingly long wait for the last season of Game of Thrones. She is excited to graduate in the spring and hopefully find a job in the Fargo/Moorhead area. 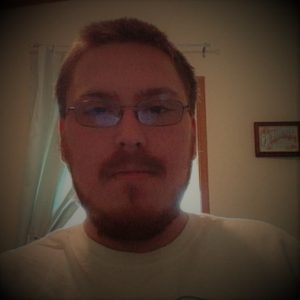 is a senior at MSUM, studying English with an Emphasis on Publishing. He finds himself habitually correcting people’s pronunciation and spelling, even when he knows he oughtn’t, and insists on proper grammar and syntax at all times—whether that’s at the keyboard or on his old-timey dumbphone (“I’m not ignoring you, it just takes forever to type out ‘magnanimous’!”). He likes unusual stories that fuel the imagination, and is particularly fond of Watership Down, American Gods, and anything written by the late, great Sir Terry Pratchett. He discovered a passion for words at a young age, and at a slightly less young age discovered that what he really likes is helping other people with their words. He loves working for NRP, and hopes to use the experience to find a similar job elsewhere in the field.

Its great to see another bunch of enthusiastic students joining the NRP crew. Best of luck this spring!