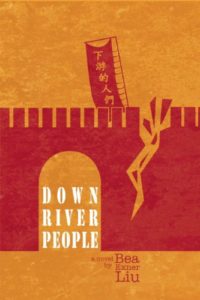 While cities burn in war-torn China, an American woman finds hope of a democratic future for her husband’s country.

“This is not only a story of the war and its devastation; it is a story of my mother’s love affair with the other face of China: its physical splendor, the spirit of its people, and the richness of its culture.”—Sally Liu Lane

While cities burn in war-torn China, an American woman finds hope of a democratic future for her husband’s country.

Bea Exner Liu (1907–1997) was born and raised in Northfield, Minnesota, and graduated from Carleton College. She moved to China because teaching positions were scarce in the United States during the Depression. The eventuality of a Communist takeover finally brought Liu and her family back to Minnesota. She later published an award-winning children’s book and her memoir Remembering China, 1935–1945. Downriver People is Liu’s fictionalized account of her memoir.

There are no reviews yet.

Only logged in customers who have purchased this product may leave a review.