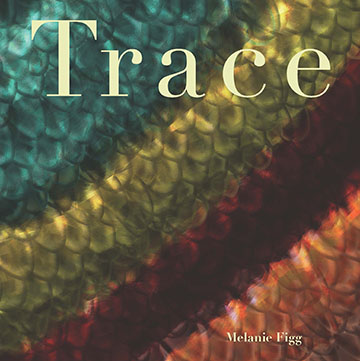 “In language so lovely, rich, and full of voices that seem out of another world, this book of departures also opens many doors. Each door lets in a wild wind of longing, loss, gods, myths, war, and ragged humanity. We find ourselves in a museum maze with one entrance and one exit but that final exit, we do not want to take. It is art that speaks us through, speaks witness, speaks desire, tells us there are other worlds in an ending world. We can move beyond if we are only brave enough to endure the moment of departure.”—Heid E. Erdrich

“The stunning poems in Melanie Figg’s debut full-length collection, TRACE, exist in a sublime and terrifying world filled with visual art, human atrocity, and a complex family history, including a sister that serves as a mirror and window into the forces that formed them both. These poems are breathtaking in their braided complexity, unwillingness to settle for two-dimensional revelation, and ability to face the abyss and sing, symphonically, into it. The two long, sectioned poems, ‘Untitled’ and ‘Leaving a Trace,’ are the crowning jewels of this book and illuminate Figg’s tremendous gift on the page, ‘forming perfect sentences / of evidence and sorrow.'”—Allison Benis White

“‘You can pray if you want to,’ says Melanie Figg in her ravishing debut collection TRACE, ‘but the wind / makes its own halting pleas.’ TRACE is a collection of metamorphosis, of things becoming more than they are and the liminal spaces between transitions. Figg explores the stains of history both global and personal as well as the mythos of love to reveal the vestiges of light inherent in all. ‘Better to unmuscle and move through / a field of wildflowers you cannot name,’ she concludes. TRACE is a revelation.”—Quan Barry

Poetry. Women’s Studies. Figg’s is a collection that embraces and experiments with the multiple meanings of the title: without a trace, tracing, trace elements, etc., and with multiple female figures: mother, sister, girl, woman in an insane asylum, and so on. There is a ghostliness here embodied in the poems’ palimpsestic layers of feminist meaning and in the variety of interpretation inherent in its verse.

There are no reviews yet.

Only logged in customers who have purchased this product may leave a review.