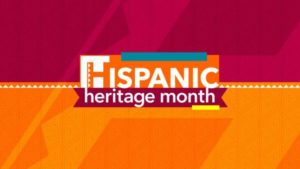 National Hispanic Heritage Month is an annual celebration running from September 15th through October 15th, which coincides with New Rivers Press’ fall release date. Former President Lyndon B. Johnson started the event the same year New Rivers Press opened its doors—1968—and it initially started as only a week-long celebration. In 1988 President Reagan officially expanded it into the full 30-day period it is today. Unlike most other month-long events, Hispanic Heritage Month begins in the middle of the month, but with good reason. September 15th marks the anniversary of Independence Day in no less than five Latin American countries, including Costa Rica, El Salvador, Guatemala, Honduras, and Nicaragua. The 30-day period also includes three more Independence Day celebrations for Mexico, Chile, and Belize (Hispanic Heritage Month). Latin Americans are defined in the U.S. as anyone who speaks Spanish as their native language or traces their origins to a Spanish-speaking country, regardless of race (Pew Hispanic). This includes a vast number of people making up roughly 16% of the U.S. population, according to the most recent census (Hispanic Heritage Month). In fact, the population has become so important that President Obama has released a proclamation every year since his inauguration in honor of National Hispanic heritage month (White House). To read this year’s full proclamation, please visit the white house page linked in the citation.

Recently, another holiday included in National Hispanic Heritage Month has come under fire. That holiday used to be known nationwide as Columbus Day, but in cities and countries across the globe this holiday is becoming far more controversial. Seattle and Minneapolis, for instance, have renamed the holiday Indigenous Peoples’ Day. As of this past Monday (Oct 12th 2015) the governor of Alaska, Bill Walker, officially renamed the holiday Indigenous People’s Day for all of Alaska to honor the 16% of the state’s population who have indigenous heritage, the highest of any state in the US (Juneau Empire). In Latin American countries such as Mexico, El Salvador, and Argentina, the holiday has been renamed Dia de la Raza, or Day of the Race in honor of the native peoples Columbus encountered after discovering the “New World.” Venezuela has taken an even stronger stance against Columbus and other explorers by renaming the holiday the Day of Indigenous Resistance, recognizing the native peoples’ attempts to reclaim their homeland from invaders like Columbus. These attitudes reflect a recent shift away from praising explorers and instead recognizing the impact of European settlement in formerly colonized countries (National Public Radio).