Back in April, we announced our Prose finalists. Now it’s the poets turn! One of these poet’s manuscripts will be selected for publication!

Tara Ballard (House of the Night Watch) was born and raised in Alaska. For seven years now, she and her husband have been living 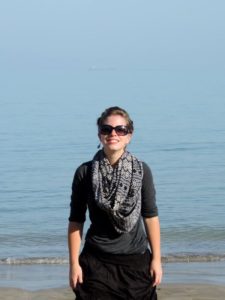 in the Middle East and West Africa, where they teach English literature to high school students and travel often throughout the regions. Tara holds an MFA from the University of Alaska, Anchorage, and her poems have been published or recently accepted by Cutthroat: A Journal of the Arts; One; Salamander; The Southampton Review; War, Literature and the Arts; and other literary magazines.

Karina Borowicz (Touch Stone) is the author of two poetry collections, Proof (Codhill Press, 2014) and The Bees Are Waiting (Marick Press, 2012), which won the Eric Hoffer Award for Poetry and was named a Must-Read by the Massachusetts Center for the Book. Her poems have appeared widely in journals, and have been featured in Ted Kooser’s American Life in Poetry series and on Garrison Keillor’s Writer’s Almanac. Trained as an historian, Borowicz also holds an MFA in Creative Writing from the University of New Hampshire. She makes her home in the Connecticut River Valley of Western Massachusetts. Visit her website at karinaborowicz.com. 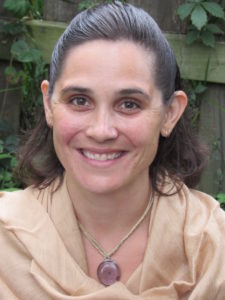 Quarterly, and elsewhere. Her poetry collection, Incarnate, was a semifinalist for the 2017 Lexi Rudnitsky First Book Prize in Poetry, and an earlier version of the same manuscript was the finalist for the 2011 Perugia Press Prize. She earned an MFA in Creative Writing from New York University. She works as a doula, childbirth educator, and homeschool teacher in Nashville, where she lives with her husband and their four children.

Hannah Dow (Rosarium) is a PhD candidate at the University of Southern Mississippi’s Center for Writers, where she has served as an Associate Editor for Mississippi Review. Her poems have recently appeared or are forthcoming in North American Review, Ninth Letter, Crab Orchard Review, and The Journal, among others. She has received finalist nods and honorable mentions from the AWP Intro Journals Project, the Sycamore Review Wabash Prize, and the American Literary Review annual contest.

Patrick Cabello Hansel (The Devouring Land) has published poems, short stories and essays in over 40 anthologies and 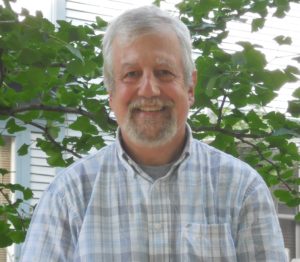 journals, including Painted Bride Quarterly, Epiphany, Ilanot Review, Lunch Ticket, The Meadow, Ash and Bones, Switchback, Poetica, subprimal and Hawai’i Pacific Review. He was a 2008-2009 Loft Literary Center (MN) mentee, and a 2011 grantee of the MN State Art Board. His novella Searching was serialized in 33 issues of The Alley News. He is the editor of The Phoenix of Phillips, a new literary magazine for and by people of Phillips, the most diverse neighborhood in Minneapolis. He and his wife Luisa pastor a bilingual church in Minneapolis.

Greg Nicholl ((there) a town) lives in Baltimore and works in publishing. His poetry has most recently appeared in The Cortland Reivew, Crab Orchard Review, Ecotone, Nimrod, Post Road, Prairie Schooner, Mid-American Review, and elsewhere.

Kathryn Smith (No Wings, No Fins) is the author of Book of Exodus, a poetry collection

forthcoming from Scablands Books. Her poems have been nominated for Best American Poetry and the Pushcart Prize, and have been published or are forthcoming in Poetry Northwest, Laurel Review, Bellingham Review, the Collagist, Mid-American Review, Redivider, Southern Indiana Review, Duende and elsewhere. She is a graduate of the MFA program at Eastern Washington University and the recipient of a grant from the Spokane Arts Fund.

Sheila Squillante (Mostly Human) is the author of the poetry collection, Beautiful Nerve (Civil Coping Mechanisms, 2016), and three chapbooks of poetry: In This Dream of My Father (Seven Kitchens, 2014), Women Who Pawn Their Jewelry (Finishing Line, 2012) and A Woman Traces the Shoreline (Dancing Girl, 2011). She is also co-author, along with Sandra L. Faulkner, of the writing craft book, Writing the Personal: Getting Your Stories Onto the Page (Sense Publishers, 2015). Recent work has appeared or will appear in places like Indiana Review, Copper Nickel, North Dakota Quarterly, Waxwing, Menacing Hedge and River Teeth. She teaches in the MFA program at Chatham University, where she edits The Fourth River, a journal of nature and place-based writing. From her couch in front of wonderful bad television, she edits the blog for Barrelhouse.

Diana Woodcock (Heaven Underfoot) is the author of two full-length collections of poetry, most recently Under the Spell of a Persian

Nightingale. Her first, Swaying on the Elephant’s Shoulders, won the 2010 Vernice Quebodeaux International Women’s Poetry Prize. Her seventh chapbook, Near the Arctic Circle, is forthcoming from Tiger’s Eye Press. Since receiving an MFA degree in Creative Writing in 2004, she has been teaching creative writing, environmental literature and composition at Virginia Commonwealth University in Qatar.  Previously, she spent nearly eight years working in Tibet, Macau, and on the Thai-Cambodian border.  She is a PhD candidate (creative writing/poetry) at Lancaster University.