After months of reading and reading, weeks of deliberating and discussing, we’re incredibly excited to announce the results of the 2018 Many Voices Project competitions!

Congratulations to our winners and Editors’ Choice picks! We’d also like to thank everyone who submitted. We look forward to sharing these amazing works with you all! 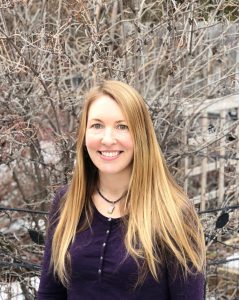 Our poetry winner this year is Rebecca Durham with Half-Life of Empathy.

Rebecca A. Durham is a poet, botanist, and artist. Originally from New England, she now calls Montana home. She holds a B.A. in Biology from Colby College, a M.S. in Botany from Oregon State University, and a M.F.A. in Creative Writing (Poetry) from the University of Montana. Nominated for a Pushcart Prize, Rebecca’s writing has appeared in Orion Magazine, Superstition Review, Pilgrimage Magazine, Riverfeet Press Anthology: Awake in the World, Mud Season Review, Meniscus, Epiphany Magazine, Pacific Review, Mantis, Bright Bones: Contemporary Montana Writing, Poetry Northwest, and is forthcoming in Cold Mountain Review and Exposition Review. You may find more of her work at rebeccadurham.net 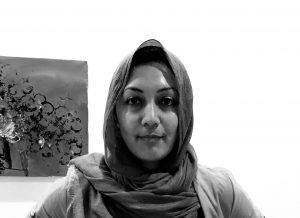 Our prose winner is Farah Ali with her short story collection People Want to Live.

Farah Ali is from Karachi, Pakistan. Her more recent work can be found in Copper Nickel, The Arkansas International, Kenyon Review Online and Ecotone. She received a special mention in the 2018 Pushcart Prizes for a story published in the J Journal, and was the winner of the Colorado Review’s 2016 Nelligan Prize. She also won Copper Nickel’s Editors’ Prize in Prose for the fall 2018 issue. She can be reached via www.farah-ali.com.

This year, we have two Editors’ Choice selections, both from our prose contest. Beaudelaine Pierre’s You May Have the Suitcase Now and Elsa Valmidiano’s We Are No Longer Babaylan. 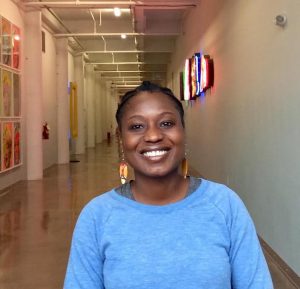 Beaudelaine Pierre (You May Have the Suitcase Now) is Haitian born and raised and now lives in Minnesota with her two children, Annie and Max. Her debut novel Testaman won First Prize in the 2002 Best Creole-Language Novel Contest sponsored by the newspaper Bon Nouvel in Port-Au-Prince. Pierre is an alum of the International Writing Program at the University of Iowa. Her most recent novel, L’enfant qui voulait devenir President is published by Les Editions Harmattan. In 2012, she co-edited with Natasa Durovicova, How to Write an Earthquake, a trilingual anthology in English, French, and Creole, that constitutes a collective response from Haitian writers across the globe to the catastrophe Haiti suffered on January 12, 2010. Pierre is currently a doctoral candidate in the Gender Women and Sexuality Studies department at the University of Minnesota. 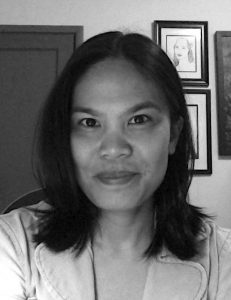 Philippine-born and LA-raised, Elsa Valmidiano (We are No Longer Babaylan) is a writer and poet who calls Oakland home. For several years, Elsa was a women’s reproductive rights activist, and incorporates much of that former activism into her writing. Her works have appeared in various literary journals such as TAYO, make/shift, As/Us, Literature for Life, Anti-Heroin Chic, Mud Season Review, Yes Poetry, Northridge Review, Memoir Magazine, and Cosmonauts Avenue, as well as various anthologies such as Field of Mirrors, Walang Hiya, Circe’s Lament, Precipice, and forthcoming in What God Is Honored Here. Elsa is an alum of the DISQUIET International Literary Program in Lisbon and Summer Literary Seminars that was hosted in Tbilisi. She holds an MFA in Creative Writing from Mills College and has performed numerous readings. She is a Best of the Net and Pushcart Prize nominee. She blogs regularly at slicingtomatoes.com.