Another year at New Rivers Press is upon us and with it, another batch of student interns. We are very excited to have five with us this year, more than we’ve had in awhile, and look forward to what wonderful, book-related mischief we can get into with their help. Let’s get to know our five interns, some new and some old, as well as NRP’s managing editor. 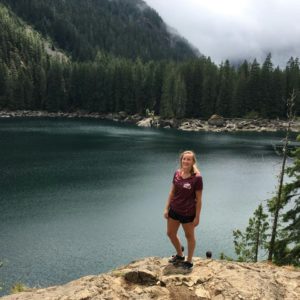 Taylor Brown is a senior at MSUM from Spokane, Washington. She is majoring in English with a Writing Emphasis and minoring in Philosophy. She has completed the Certificate in Publishing and hopes to work in the field after she graduates from college. Ever the outdoorswoman, she loves going for hikes and participates in MSUM’s Rock Climbing Club and Swim Team. On the side, she works as a barista for a certain coffee shop in town and makes a mean frappe. Her favorite book is Gone with the Wind by Margaret Mitchell. This will be Taylor’s first year interning with New Rivers Press. 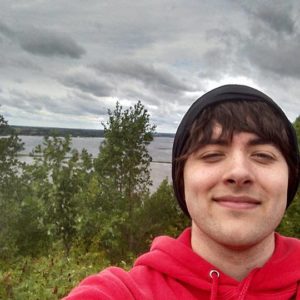 Kyle is in his final year at MSUM. After a rocky start, he eventually switched his major to English with a Writing Emphasis and a minor in Communication Studies. His interest in publishing stems from his experiences in grade school with dyslexia where reading was always a struggle. However, one of his teachers worked with him carefully to help him understand how the dyslexia was affecting him and how to read quickly in spite of the disability. She introduced him to the Percy Jackson and the Olympians series, which features characters with various conditions like ADHD and dyslexia and diverse identities of race and sexuality. With the support Kyle’s teacher gave him and his personal interest in these books, he became a very avid reader.  His goal as a publisher is to help books like this reach children in similar positions and inspire them to work with their disabilities and enjoy reading. This is Kyle’s first year interning with New Rivers Press. 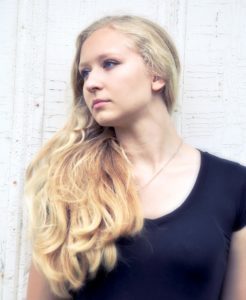 Laura is a sophomore at MSUM and is double majoring in English and Mass Communications. She grew up on a dairy farm in Waconia, MN. Her hobbies include reading, writing, and playing piano. Her favorite book is Pride and Prejudice, but she strangely is not a fan of romance novels, though she will read almost anything else. Because she’s a bookworm, she’s pursuing the Publishing Certificate and hopes to one day work at a publishing press as more than an intern. In the meantime, this is Laura’s second year as an Honors Apprentice intern for New Rivers. 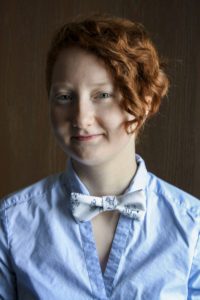 Anna Landsverk is a junior, although this is only her second year at MSUM. She is an English major with an Economics minor and two certificates. She is a second-year Honors Apprentice intern with New Rivers Press, as well as the new assistant editor for The Advocate, MSUM’s student newspaper. She enjoys soccer, video games, theater, volunteering, reading, and being outdoors. Anna greatly appreciates getting to work with New Rivers Press again this year; she looks forward to another year of helping make wonderful, original literature a reality. 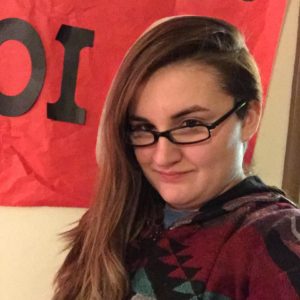 Mikaila Norman is going on her third year at MSUM and her third year as an Honors Apprentice Intern at the Press. Her plate is full with a double major in English with a Publishing Emphasis and Cultural Anthropology, as well as a minor in Creative Writing and the Certificate in Publishing. She has aspirations of becoming a copyeditor and helping authors bring their stories to life, as well as writing her own works of fiction. When she is not studying or mixing paint at a local hardware store, she enjoys reading, drawing and watching anime. This year she finds herself being the ruler of the nerds as President of MSUM’s Anime Club, a position that has so far brought her great joy. She is looking forward to another successful and fun-filled year at New Rivers Press. 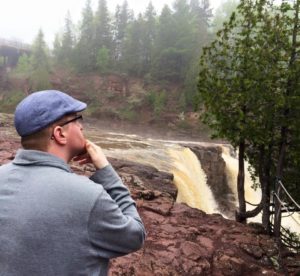 Nayt Rundquist is New Rivers Press’s managing editor and the one in charge of all the aforementioned little Printing Devils. He is a recent graduate of MSUM’s (now defunct) Masters of Creative Writing program, and this is his second year as managing editor. When he is not too busy teaching classes, editing books, and being the boss, he enjoys reading. He is fond of comic books and prose books alike, and recently read Binti by Nnedi Okorafor, a Hugo-winning science fiction novella, which he greatly enjoyed.