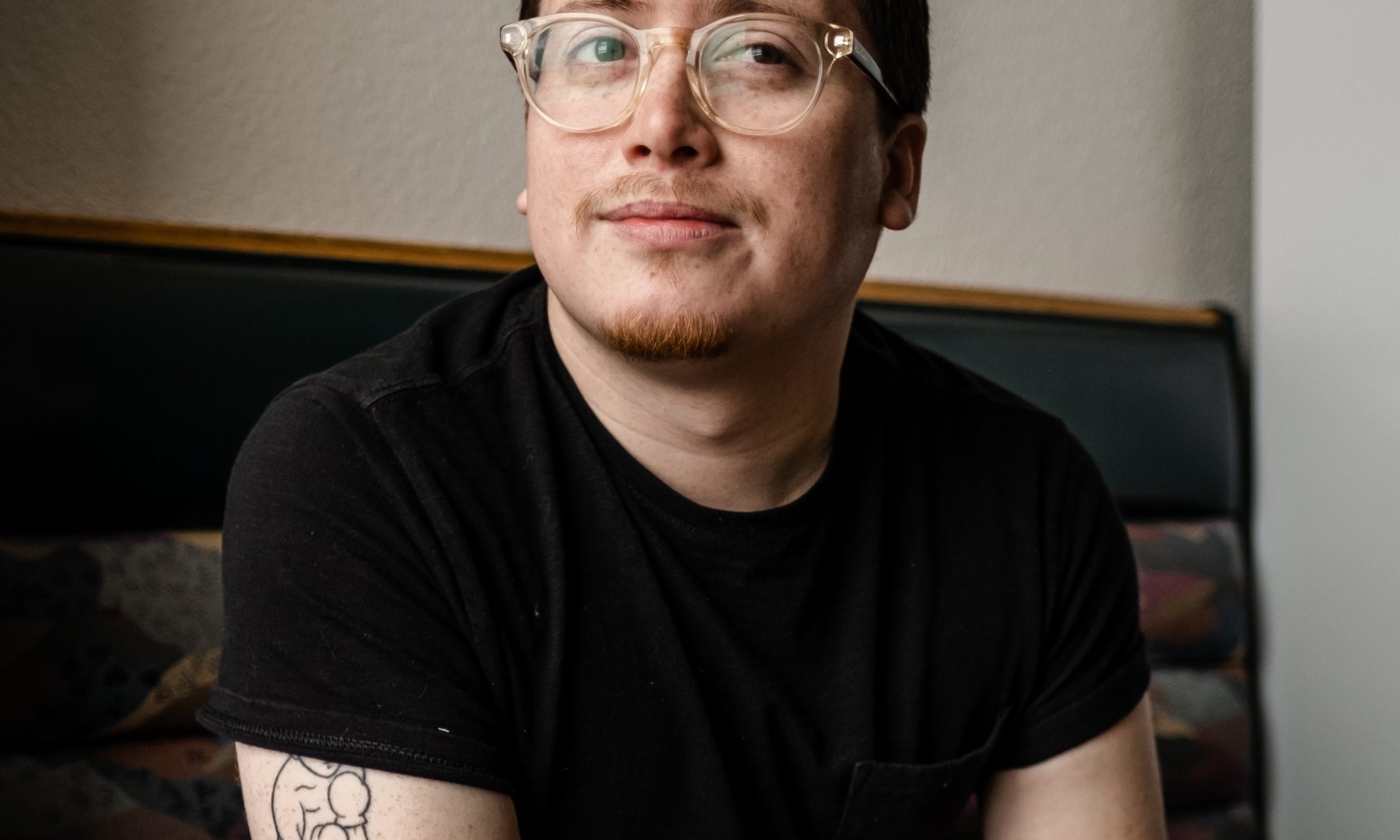 Greetings, New Rivers Press fans! I hope you are doing well and finding the opportunity to express creativity amidst the chaos.

Our first conversation is with Oscar De Leon. De Leon is a Mexican-American filmmaker based out of Fargo, ND. He has been working independently since the age of 18, eschewing film school to pursue his passions. He has since gone on to write, direct, and edit award-winning short films and documentaries.

As an artist, De Leon changes styles depending on the subject he’s working on. His portfolio includes a vast array of work ranging from personal music projects, podcasts, commercial writing, and screenplays.

In 2014, he and Kevin Ackley created Chamber Six Media, a media group doing both commercial and artistic work that serves as a form of expression for both artists. Together they have had success as independent filmmakers with their work being accepted into international film festivals.

“Let yourself fail. What failure teaches you is that every mistake opens up a new road.“

When did you first express an interest in screenwriting? Was there a specific event, person, film, or epiphany that inspired you? What inspires you now?

I knew I was a storyteller when I was about 12 or 13. I had all these elaborate scenarios in my head that when I figured that I could write them down, it was like opening a secret door or something. I quickly started writing little scripts for my stories and basically taught myself how to format by finding stuff online or watching movies with subtitles on so I could understand the rhythm of dialogue. As I’ve gotten older, the process has been refined but for the most part it’s the same as it was back then.

You are of Mexican-American descent—how does your heritage play a role in your writing/directing, and overall involvement in the film community?

Being Mexican-American is something I’m really proud of and something that I consciously try to incorporate in any film I make or screenplays I write. Most of my main characters are Latino and are morally and emotionally complex people—like human beings. My artist name is “guero” because that’s what I was called growing up and I think it’s important to show that any art coming from people (especially Chicanos) as being multi-faceted, complex, and worth diving into is because that was my experience growing up and feeling like I don’t really belong on either side of the cultural war.

How would you describe your writing, directing, and editing aesthetic?

I like to think that everything I make is coming from an emotional point of view. Whatever I do, I ask if it is speaking or communicating a specific feeling or emotion. To me, a lot of art falls flat if you can’t sense the emotional framework of the creator’s mind. There’s plenty of stuff out there that rings hollow because a character will say something that they (the writer) thinks should be said as opposed to what they actually feel should be getting across. I like to think that anything I create is a pure reflection of what’s in my heart/soul at the moment and that communicates for better or worse.

Do you have a writing routine?

My routines are changing with age but I have a little “ceremony” I perform before I write: I typically wait for around 11pm-1am, play some ambient music, turn down all the lights, and “allow” myself to “open up.” It may seem like new-age bullshit but I really do think that we’re not in full possession of our ideas and sometimes we need to let them pour in from “wherever” that is. I think everyone defines it differently but I think it’s all the same.

How much do your screenplays change during filming?

In my experience, you’re always adapting what you write. You’ll almost NEVER see what you wrote on screen as is. What’s so great about filmmaking is that you adjust to fit the flow of the movie. The movie will become its own thing in three separate ways: there’s the movie you’re writing, the movie you’re shooting, and the movie you’re editing. You basically have to let go of any sort of preciousness you have about the word and be willing to let it adapt to the people who are helping you make it.

What advice do you have for aspiring screenwriters or writers of any genre?

What I’ve learned is that you have to write it all. Even the bad stuff. Let yourself fail. What failure teaches you is that every mistake opens up a new road. New solutions present themselves if you get stuck and all you can do is keep it going, sometimes you will surprise yourself. And, all things considered, I’m a terribly lazy writer: I only work when I have something to say. I will spend months just THINKING of an idea and won’t write. This is a bad approach. In order for you to find solutions to the problems you might be facing, you have to strike while the iron’s hot and write, write, write!