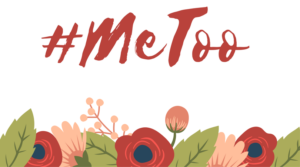 It all started with a Tweet. Actress Alyssa Milano tweeted out, “If all the women who have been sexually harassed or assaulted wrote ‘Me Too.’ as a status, we might give people a sense of the magnitude of the problem.” Since then, the hashtag #MeToo has been flooding social media, the past couple weeks. Women and men have come forth in attempt to break the silence on sexual violence by opening up and telling their own stories. This social media trend has brought people together and given them even more motivation to end all acts of sexual harassment, assault, and violence.

Authors have also made an attempt to break the silence by including these topics in their books and creating characters who have faced these dreadful circumstances. I scoured the internet in attempt to find some books that have done a good job bringing light to the subject. All photos link to their Goodreads page, where you can click to learn more or add to your Goodreads shelves.

Goodnight, and Thanks for the Vodka, Harpie, Karl Wiggins

The Perks of Being a Wallflower, Stephen Chbosky, MTV Books and Pocket Books

The Girl with the Dragon Tattoo, Stieg Larsson (Translated by Reg Keeland), Knopf