Ebooks. They’re a hot topic these days, especially in the literary world. Many of you may have heard that ebook sales have fallen by 10% this past year as the American Association of Publishers claims (newyorktimes.com). However, it isn’t as clear-cut as that. The truth is that ebook sales are doing better than ever. The only difference is whose ebooks are selling.

The AAP reports sales for only 1,200 publishers. Their claim that fewer ebooks are selling reflects only their own loss, not everyone else’s. It doesn’t account for self-published ebooks or Amazon imprints, which “make up 58% of all Kindle ebooks purchased in the US” (authorearnings.com). Sales for these ebooks are increasing, and they have been for years. This isn’t something that big publishers are happy about; it’s something that scares them.

How did this happen? Basically, it all breaks down to money. In 2010, big publishers were finally allowed to set prices for their own books, not Amazon. It seemed like a good plan for them at the time, but it has had drastic effects since. Many ebooks from Big Five publishers (Penguin Random House, Macmillan, HarperCollins, Hachette and Simon & Schuster) are about equal in price to their paperback counterparts. Readers aren’t going to pay the same price for a digital book as they would for a print one, especially when studies show that many of these readers prefer reading in print (washingtonpost.com). Self-published ebooks, on the other hand, are usually sold for $0.99 to $2.99 and are often free for a period of time. Independent publishers tend to sell their ebooks for around $6.99, which is still half the cost of a print book.

The publishing industry is changing. More and more people are choosing to self-publish, meaning that there are more books flooding the market. This is both good and bad. It’s good because it eliminates some of the barriers that prevent great books from being published. However, it’s also bad because it makes it harder for authors to make a living off their writing. Ebooks are priced so low in an effort to draw in sales, but the price is too low to make a large profit unless the book turns into a bestseller, which is only a low percentage of the hundreds of books released every day.

In the end, what can be done? Well, not much. New technologies tend to overtake and change existing systems. Remember newspapers? Magazines? Many have declared bankruptcy or started online-only editions. It’s simply too hard to stay the same in a world of change.

As of July, 2015, Nayt Rundquist has been the new Managing Editor of New Rivers Press. He succeeds Suzzanne Kelley, (with whom I had the pleasure of working last year,) who before him had been Managing Editor since 2009.

Nayt is a recent graduate of MSUM’s Masters of Fine Arts in Creative Writing program (now no longer offered.) He specialized in fiction, and with both pride and humor told me that his thesis, which was a fantasy novel that he wrote, is one of the largest theses contained in the Weld Hall Library.

He is also a recipient of MSUM’s Certificate in Publishing and it is through this program that he first became involved with New Rivers Press. As a student, Nayt was put on the Book Team for Rachel Coyne’s novel, The Patron Saint of Lost Comfort Lake, which was released by New Rivers Press last spring. Later on, he was made the “Production Intern” for Madelon Sprengnether’s Great River Road. And just last spring he took on the role of “Assistant Production Editor” for all NRP books to be released this fall. “Suzzanne liked to give me fancy titles for everything I did,” he joked.

And now he finds himself with the title of Managing Editor, a position that has so far enjoyed immensely but which has also presented him with many challenges. “Summer was hectic,” he confessed, “but now I feel like I’m catching up.”  Nayt said that for the most part, his biggest concern now is acclimating to his new responsibilities and making sure not to forget anything. There are a lot of things going on at NRP right now. Nayt is most excited for our October Book Launch events, as well as working with our new authors.

Nayt has also taken over the publishing courses previously taught by Suzzanne. “My first degree was in education, and I love it.” Nayt has had 6 years’ worth of teaching experience in middle school, high school, and college classrooms.

When I asked him if he could tell me any interesting or fun facts about himself he leaned back, pondered deeply for a moment, then said, “I once toured China for two weeks as a musician.” At my incredulity he explained that he wasn’t some crazy rock and roll vagabond (but he purposefully tells the story vaguely because it’s more fun that way) but that the trip was with his college choir.

Nayt has also had experience working with MSUM’s literary magazine Red Weather for the past three years both as an Editor and Managing Editor.

As far as his hobbies… “My entire life is books!” he proclaimed. “Reading, writing, teaching, editing.” At that moment, he noticed a certain book on the table with a hand sewn spine from NRP’s recent book binding workshop. “I even make them!” However, we both agreed that books are really all anyone needs in their life.

Nayt has so far brought much dedication and enthusiasm to New Rivers Press and the future looks bright. I’m sure everyone will join me in wishing him good luck in his new position as Managing Editor.

New Rivers Press is happy to have such an energetic and creative batch of student-interns for this school year. Our interns are responsible for numerous areas of operation at NRP, from managing social media to promotion of our books to communication with our authors and supporters as well as day-to-day tasks. Let’s get to know them a little bit. 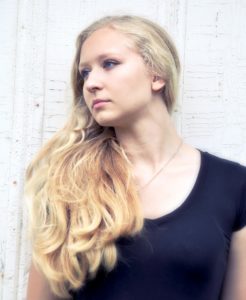 …is a freshman at MSUM, double majoring in English and Mass Communications. Her hobbies include writing, playing piano, and reading. Her favorite novel is Pride and Prejudice, though she is strangely not a fan of romance novels. However, she will read just about anything else. Growing up on a dairy farm gave her a love for animals. If you see someone chasing squirrels around campus, it’s probably her (but don’t worry, her mental health isn’t in need of questioning). A fun fact about her is that she has an extra rib on her left side. 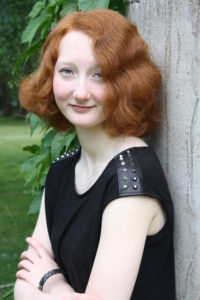 …is a freshman at MSUM, majoring in English-writing emphasis with certificates in publishing and professional writing. She is from Becker, Minnesota, but her parents grew up in Moorhead, and she loves the area. Her hobbies include reading (of course), soccer, speech, playing The Legend of Zelda, watching anime, and studying current events and history. She is very excited to be in her first internship with New Rivers Press and can’t wait to see what the rest of the year has in store! 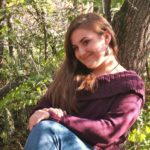 …is a sophomore at MSUM and finds herself the only returning intern this year, (the others got lost in The Dungeon…) She has so far has been enjoying her upgraded responsibilities, including managing this blog. She is a double major in English with a Publishing Emphasis and Cultural Anthropology. Ever since she was little, she has had a passion for writing (fantasy, sci-fi and… space westerns???) and hopes to one day publish novels. She is fascinated by world cultures, especially Japan, and is currently studying the Japanese language. 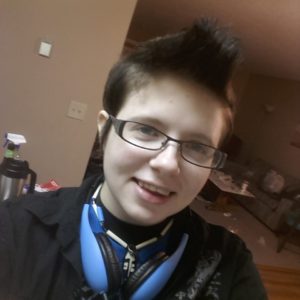 …is a 5th year “Super-Senior” at MSUM, working toward an art major with a double emphasis in illustration and drawing. She is minoring in creative writing and has already completed her certificate in publishing. She plans to graduate Spring 2017. This year, she is the president of both the Yosakoi (Japanese Dance) Club and Dragon’s Den Comics, both of which she is very passionate about. Her favorite book is Harry Potter and the Chamber of Secrets and she’s an avid mythology buff.